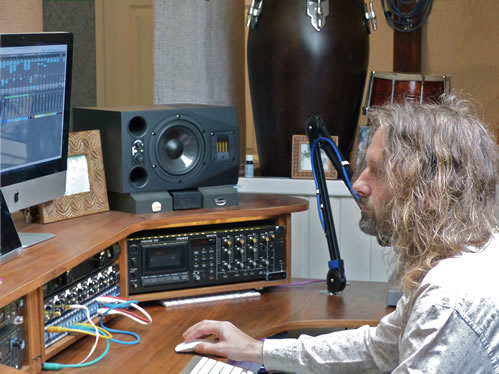 Well, I’m absolutely delighted with the new website! Much praise goes to Lucas Emmins at Northern Lab for putting my disorganised thoughts and ideas into a cohesive and simple format.

I will be adding new links and new music as time goes on, so don’t be a stranger.

I feel like I’m on a creative roll, and have been for the last few years. Im currently busy on 3 projects.

I’m close to completion with Hazel Quinn’s album which is due for release at the end of 2014. Thats going to be a real showstopper. Hazel is a fantastic singer, pianist, and songwriter. The album reflects her colourful personality and eclectic musical tastes.

I’m also right in the thick of Gary Miller’s Epic double album ‘Mad Martins’, which will feature over 120 minutes of music and poetry. The album tells the story of the 3 Martin brothers from Northumberland and has a rich variety of songs from sea shanties, skiffle, rock, pop, music hall, and many other styles. This is a huge undertaking and will have been 2 years in the making by the time it is completed. ‘Mad Martins’ is scheduled for release spring 2015

A major arts council funded project for young musicians in the Berwick area is being planned for January to April 2015. At this stage i cant say too much about it, but it is going to be of great benefit to many of the supremely talented and gifted young musicians who live here. Watch this space!

And yes – I AM slowly but surely making progress with my next album. It WILL manifest!

Thanks for dropping by and do feel free to comment